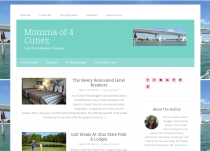 I’m partnering with U.S. Family Guide and have received the featured product free of charge in exchange for this promotion. Regardless, all opinions are mine.

Do you hate scraping windows as much as me? Tired of being stuck out in the cold with freezing hands only to chip a little bit off every couple minutes? Scrape the ice off your windows in half the time with the Scrape-A-Round.

At first I was a little sketchy of the Scrape A Round because it looks like a funnel I would buy at my local Walmart store. When the first big snow of the season came I was anxious to try it out.

The Scrape A Round really did surprise me. It works excellent! With it’s easy grip and conforming shape it’s the best tool I’ve come across to scrape your window. It took us less than 2 minutes to scrape the snow and ice off the front and back of our car window. They’re budget friendly too. A 3 pack set costs less than $20.

You can view the Scrape-A-Round in action here. If you live in Michigan or one of the northern states that get a lot of snowfall during the winter season this will really save you a lot of time.

Leave a Comment
submit a review Join our blog team

Proud Member of The US Family Guide Network